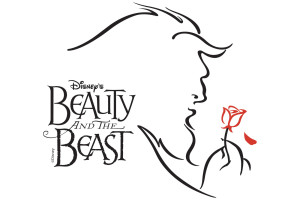 BEAUTY AND THE BEAST AUDITION NOTICE

A very large talented cast is needed for West Allis Players’ summer musical, BEAUTY AND THE BEAST. The show opens July 17 and runs for two weekends. We need children ages 8-14 and adults ages 15 and up.

Adult auditions for BEAUTY AND THE BEAST will be held at 6:30 on Monday, May 4 and Tuesday, May 5. ALL STAGE ROLES ARE OPEN. (The voice-over narrator’s role is filled.) Callbacks will be held on May 6 AFTER the children’s auditions – approximately at 8:00 pm.

CHILDREN: Children’s auditions will be held beginning with a parents’ meeting at 6 pm on Wednesday, May 6. This includes anyone – boy or girl – auditioning for Chip! The other roles for children include villagers, the dancing plates, utensils, etc. in BE OUR GUEST, three “petal girls” who will be the live rose when it appears on stage and two children as gargoyles. Lots of fun parts!!! The children will be taught BE OUR GUEST so no other prepared songs are needed. There will be a movement audition.

Parents/guardian must accompany each child auditioning. There will be a form to sign and a very specific information sheet. Parents will be required to sign up to supervise the children during tech week and during each show. Each child must have an adult signing up for TWO sessions. These adults will be monitoring children when not on stage and helping the permanent stage tech getting them ready to go on stage. This will be explained at the auditions. Parents of cast members under 15 must commit to one Saturday set building/painting as well.

ADULTS: Adult auditions will consist of singing a prepared song for 90 SECONDS ONLY. You may bring a CD or USB (we will provide players) or sheet music (we will provide accompanist.) Note: we are NOT asking for a number of bars – we are requesting 90 seconds only. You may sing a song from the show or a song similar to those from the show. We want to hear a song that presents your voice to its best ability!

There is a strong possibility that we will be casting one actor as The Prince/Beast and another actor to be a Stunt Beast and this will be explained at auditions.

Rehearsals will begin Monday, May 11 with a general meeting for all cast members. The read-through will be Tuesday, May 12.

In general, rehearsals will run Monday – Thursday although not everyone will be called every night. We WILL be having FRIDAY rehearsals as we get closer to opening. We will start at 6:30 for the most part. We EXPECT you to be in the theater READY TO BEGIN by 6:30 unless other arrangements have been made. We do need ALL conflicts at time of auditions. In addition, cast members MUST commit to at least ONE Saturday of set building/painting. No conflicts besides true emergencies will be allowed after June 30!!!

Roles in BEAUTY AND THE BEAST:

Note: Actors may play more than one role unless a lead (leads marked with an asterisk.)

Stunt Beast – will explain at auditions

Villagers – some with solo lines

Children as ensemble and objects in BE OUR GUESTS

Three “Petal” girls – we are having a live rose!

Another general note: West Allis Players’ will be sponsoring a one-time stage make-up tutorial with a local and talented artist. This will cover the basics of stage make-up, from purchase to application. There will be time for general questions. Details will be announced as soon as date finalized. This will most likely be in late May or early June. You do NOT have to be in the show to attend. The fee will be nominal.

If you have any questions not addressed, please contact director Katherine Beeson at KatieB9056@aol.com.